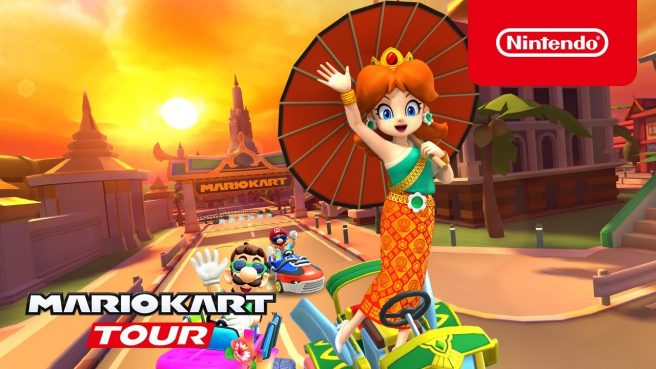 As the current Metropolitan Tour is finishing up, Mario Kart Tour has announced what the next addition to the game will be. Specifically, they’ve announced a new Bangkok Tour, that will be coming with a new course called Bangkok Rush.

As usual, new drivers and kart elements will be added, such as Daisy wearing a Bangkok-themed outfit and driving an elephant-based kart. The Bangkok Tour itself will start July 28, at 11 PM PT. You can check out a trailer for the new Tour below.