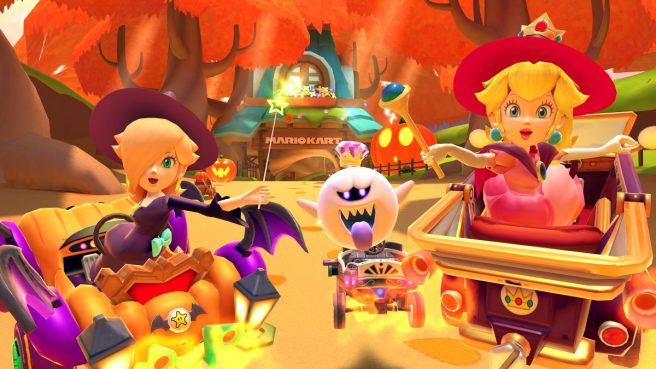 The 1st Anniversary Tour is almost over in Mario Kart Tour, but a new event is on the way. Nintendo has announced the Halloween Tour, which “will feature a new course that’ll be sure to get you in the seasonal spirit”.

The upcoming event goes live in Mario Kart Tour on October 20 at 11 PM PT / October 21 at 2 AM ET. A trailer should be going live to show off what’s planned next week.