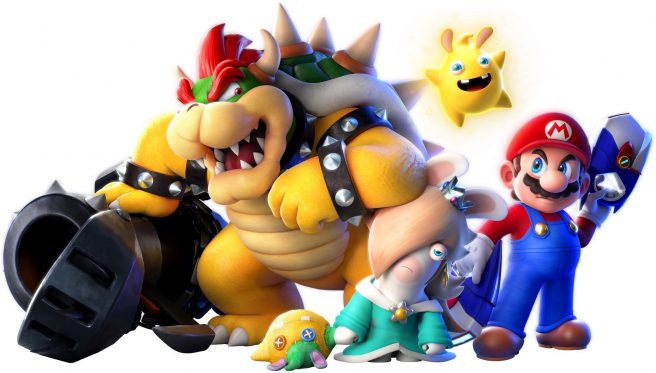 Most of these characters should be immediately recognizable for Mario fans. Edge is an entirely new creation, however. Ubisoft hasn’t had much to say about her so far, but we’ll presumably be learning more in the months to come.

You can learn more about Mario + Rabbids Sparks of Hope by checking out the following overview:

Cursa, a mysterious and malevolent entity seeks out energy to further its nefarious plans, plunging the galaxy into chaos. Twisting the planets with its evil influence, it’s determined to consume all the energy of the Sparks, uncanny creatures formed by the fusion of Lumas and Rabbids, and destroy all who stand in its way. To bring order back to the galaxy and save the Sparks, Mario, and friends team up with Rabbids heroes in a journey through mysterious and ever-surprising planets.

We have the full set of character art for Mario + Rabbids Sparks of Hope below.