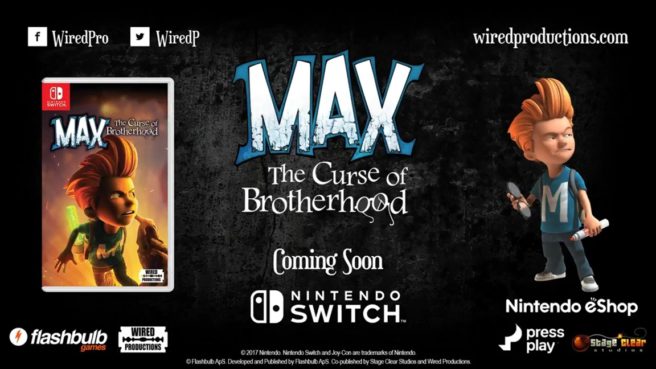 Wired Productions has announced a new partnership with Flashbulb Games and StageClear Studios to bring Max: The Curse of Brotherhood to retail. You’ll be able to purchase the game physically starting March 23. Pricing is set at $29.99 / £24.99 / €29.99.

Max: The Curse of Brotherhood, “a cinematic adventure filled with action-packed platforming and creative puzzle-solving”, launched on the eShop last month. The digital version can be purchased for $14.99.

We have a trailer promoting the new physical release below.