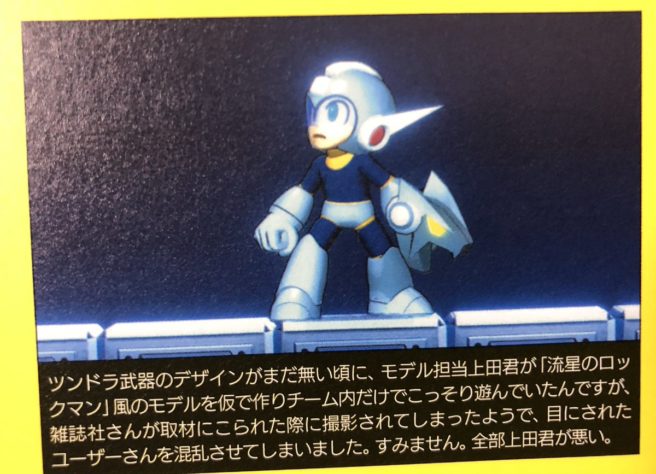 When Mega Man 11 had its first blowout in Game Informer’s January 2018 issue, fans noticed what looked to be a Mega Man Star Force costume. Now that the game is out, we can say that nothing of the sort was included. Capcom has explained why.

In the Japanese Rockman 11 Production Note book, Capcom states that the costume was actually as a placeholder for Tundra Storm. The blurb notes:

They write, “When there was still no design for the Tundra Man weapon, Mr. Ueda created a Shooting Star style [Star Force] model as a placeholder during development. It seems the magazine journalist that came took a photo of it… Sorry for confusing fans. We blame Ueda.”