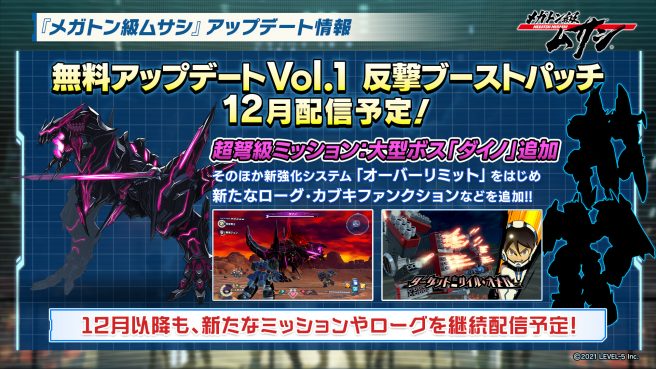 It looks like the action mech game Megaton Musashi is getting some free DLC in an upcoming update. Level-5 announced that the “Free Update Vol. 1: Counterattack Boost Patch” will be coming to the game some time in December in Japan, and it will be adding new bosses and missions.

Specifically, there will be a new mission to battle the powerful foe Dino and an upgrade for mechs called Overlimit.  Also, more special moves and robots will be revealed for this DLC in the near future.

This is part of Level-5’s plan to release more post-launch content as time goes on. Megaton Musashi launches for Switch in Japan on November 11, 2021.

Translation of Source provided by Gematsu.