MercurySteam has interest in putting Spacelords on Switch, not ruled out for the future 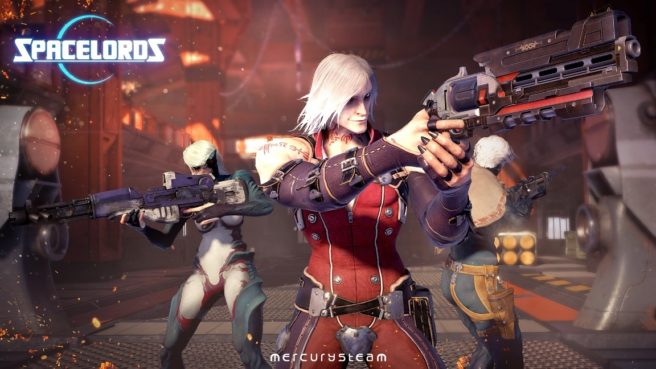 Metroid: Samus Returns developer MercurySteam launched the asymmetric online adventure game Raiders of the Broken Planet last year. Today, the studio announced that the title is receiving a reboot and will become “Spacelords”. MercurySteam does have interest in bringing the revamped game for Switch, but it’s unclear if it will happen.

Director Enric Álvarez has said that Spacelords “would especially fit into the Switch’s catalog.” But as a relatively small team that is self-financed, MercurySteam “didn’t have the capacity to include it.”

“We think Spacelords would especially fit into the Switch’s catalog. I think Switch players would go crazy with a game like this. Yet, you know what? We’re an independent, small developer. Spacelords is self-financed, and when we asked ourselves like a year ago if we would add the Switch to the platform roster, we thought “oh, that would be a great idea, but maybe it’s too much for us.”

Imagine Spacelords’ development: four campaigns, a storyline with cutscenes, events, big bosses, etcetera, and different platforms to be working with. We simply couldn’t put a new platform on top of the others.”

So yes, this game on Switch would be very interesting, but simply put we didn’t have the capacity to include it.”

In response to whether MercurySteam could consider porting Spacelords in the future, Álvarez stated: “Why not?” If it were to happen, the company would aim to do it in-house given that Spacelords is an “extremely complex piece of software.” Álvarez says it would be “really challenging for any other studio to do that.”