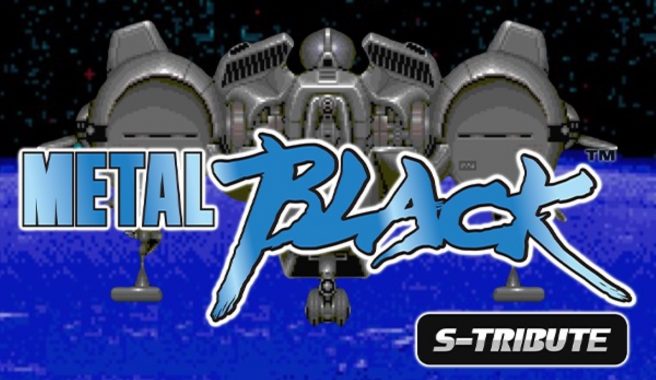 Original (1/5): City Connection will release Metal Black S-Tribute on Switch, the company announced today. The game is due out on February 2, 2023 for PC, but it’s unclear if this applies to Nintendo’s console as well.

Here’s a bunch of information about Metal Black S-Tribute:

Metal Black is a 2D was originally released as a side-scrolling shooter arcade game by Taito in 1991. This game is a reproduction of the home console version released by Bing in 1996.

Level up your beam by grabbing the power-ups floating on screen called NEWALONE (round molecules colored red, blue, and yellow). There are five levels (the highest being MAX) to power up your shots.

There are two types of beam energy attacks.

Convenient features and option settings only available in S-Tribute

・Rewind: Rewind gameplay a by certain amount of time and resume.
・Slow Mode: Slow game pace down with a single button press.
・Quick Save/Load: Save game state at any point.
・Online Ranking: Switch to online ranking mode in settings to enter your score into the online leaderboards and check how you compare with others.
・Unlimited Credits: The limit on the number of continues can be disabled, allowing for infinite continues.
・Stage Select: The game can be started from any stage.
・Energy Acquisition Amount: Change the amount of energy increased when acquiring NEWALONE. Raising the amount makes it possible to easily reach maximum power and casually enjoy the game. Lowering the amount makes it harder to accumulate energy, so that gameplay is more challenging.
・Energy Release Amount: Change the amount of energy decreased when performing a beam energy attack. Lowering the amount makes it possible to use the attack longer, raising the amount shortens the attack.
・Scan Lines: Mimics the nostalgic CRT monitor display.

Reprints of classics produced and developed by City Connection with the Zebra Engine during the Saturn era.
Play a variety of titles with improved controls and new features.

Update (1/25): City Connection has decided to cancel this release on Switch since Arcade Archives Metal Black is already available on the eShop – the company likely thought it would be redundant. It will be available on Xbox and PC, however.