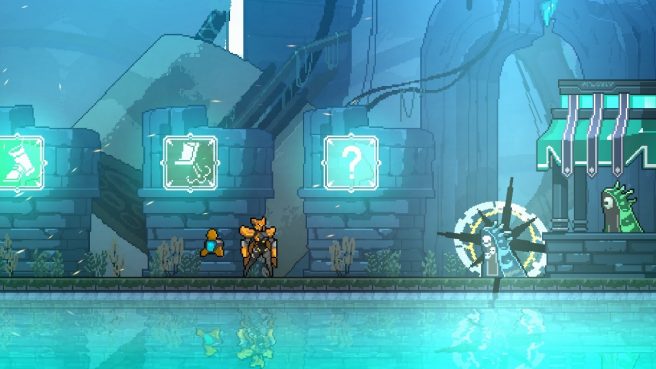 Metal Unit has received a bunch of new content, as publisher Neowiz and developer JellySnow Studio started distribution of an update this week on Switch.

Players can now randomly access a brand new dungeon known as “The Ruins” as they work their way through Chapter 4 of the main game. Ten powerful new equipment items have been added as well, including the Holonade, Phase Boots, and SDA-Hammer. New skins, achievements, and fixes and improvements are also included.

Below are the full patch notes for this week’s Metal Unit update:

All players can access all of the latest content and improvements now as part of the free patch.

Metal Unit first appeared on Switch this past summer as a digital download on the eShop. Then a couple of weeks ago, Super Rare Games revealed a physical version and promptly started pre-orders. The physical edition has since sold out.