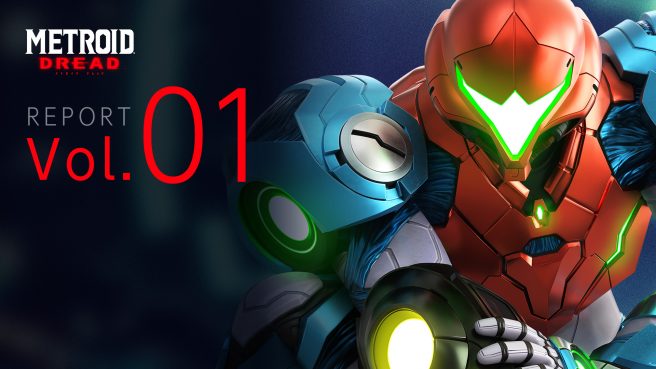 Nintendo has opened an official teaser site for the newly-announced Metroid Dread. It can be accessed here.

The site has been updated with an initial report covering details from the initial trailer and more. We have it in full below.

In this inaugural edition, we’ll be going into more detail on certain elements shown in the announcement trailer. Plus, get special transmissions from the game’s creators on how intergalactic bounty hunter Samus Aran’s latest adventure took form.

THE MEANING OF “DREAD”

The word “Dread” in the game’s title signifies fear and terror. In this entry in the series, the team has created a fresh new take on the Metroid experience by combining the series’ universal theme of exploration with the concept of a looming, terrifying threat. 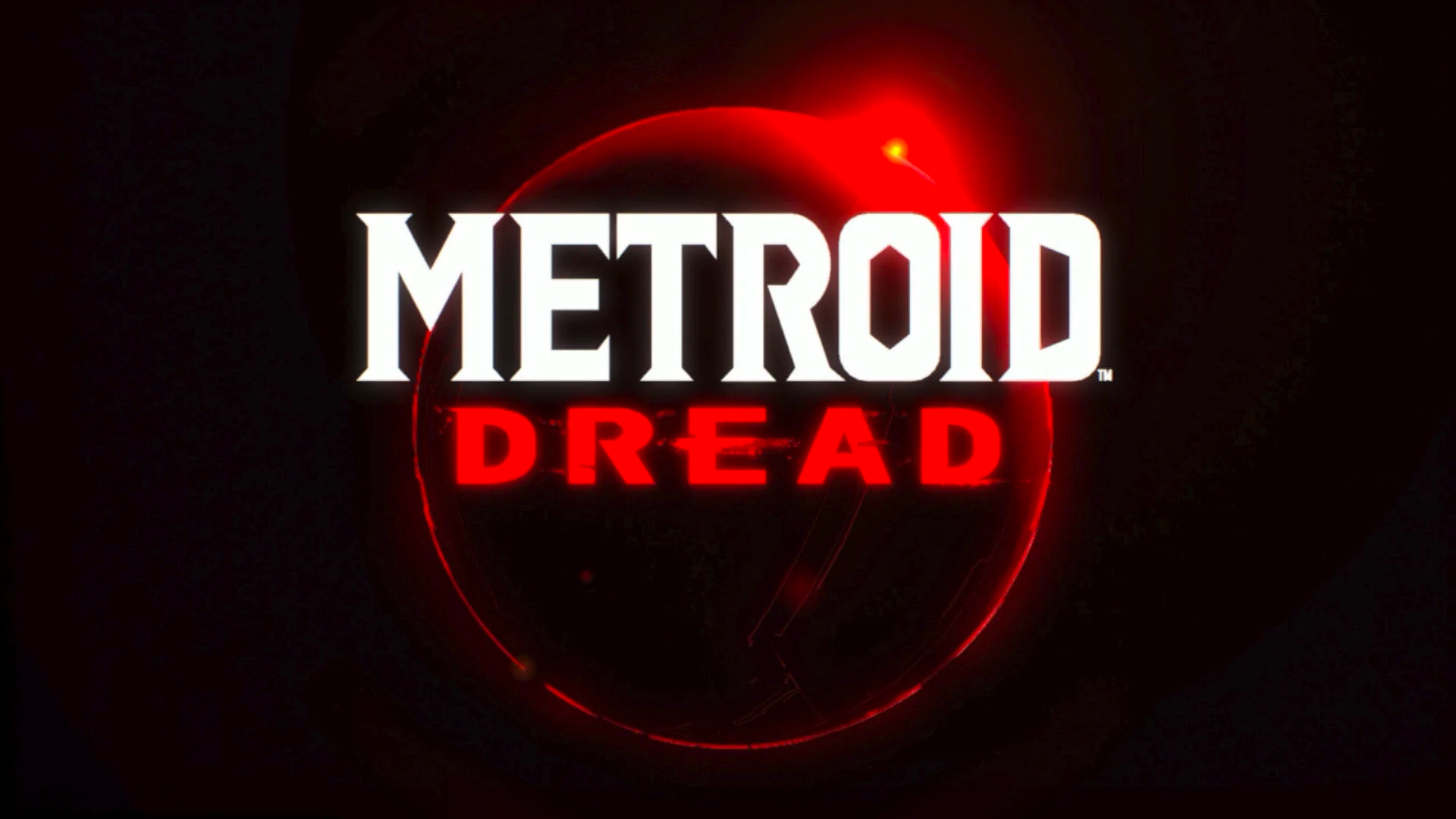 With the Metroid series, we’ve always challenged ourselves to surprise players. The idea for a terrifying threat is a theme that we’ve been thinking about for over 15 years. You could call it fate. We have been able to show a bit of that in the announcement trailer, but there are other threats that Samus must face, as well—which we will talk about at a later date.

WHAT’S PAST IS PROLOGUE

Hear the lead-up to her latest mission from Samus herself:

The X is a terrifyingly lethal parasite that takes over organic creatures, mimicking them afterward based on their genetic information.

It once infected me too. But my life was saved, thanks to a vaccine created from the X’s natural enemy: Metroids. Not only that, it made me into the only being capable of fighting this creature that threatens the galaxy. After a deadly battle with the SA-X, a copy of me at my full capabilities, I finally succeeded in wiping out the X, along with the planet SR388.

One day, the Galactic Federation received video footage from an unknown source indicating that the X still lived. The Federation dispatched a special unit consisting of seven E.M.M.I. robots to the remote planet ZDR, believed to be the source of the transmission.

Soon after arriving on ZDR, the whole unit mysteriously vanished.

Does the X truly still exist? And just what is happening on ZDR? It’s up to me, the only one immune to the X parasite, to go find out…

This entry marks the end of the story arc focusing on the strange, interconnected fates of Samus Aran and the Metroids, which began all the way back in the first Metroid game for the Nintendo Entertainment System™.

For those who have followed the series, you may have many questions about the story of the Metroid Dread game. Does the X parasite truly exist on ZDR? Why are the E.M.M.I. hunting Samus? How will the story of Samus, the Metroids , and their interconnected fates end?

Of course, those who have not played Metroid before may not be familiar with the events leading up to the Metroid Dread game. Please know that the story of this entry in the saga can be understood on its own, so rest assured you are safe to begin your Metroid adventures here.

THE CREEPING TERROR OF E.M.M.I.

The Extraplanetary Multiform Mobile Identifiers—or E.M.M.I.—are highly agile, large research robots that were dispatched to planet ZDR by the Galactic Federation to capture and extract DNA from unknown creatures. But now, for some reason, they are on a relentless chase to capture Samus.

The protective plating on the E.M.M.I. is said to be made of the strongest stuff in the universe. Samus’ attacks bounce clean off them—so your best option might just be to run away. 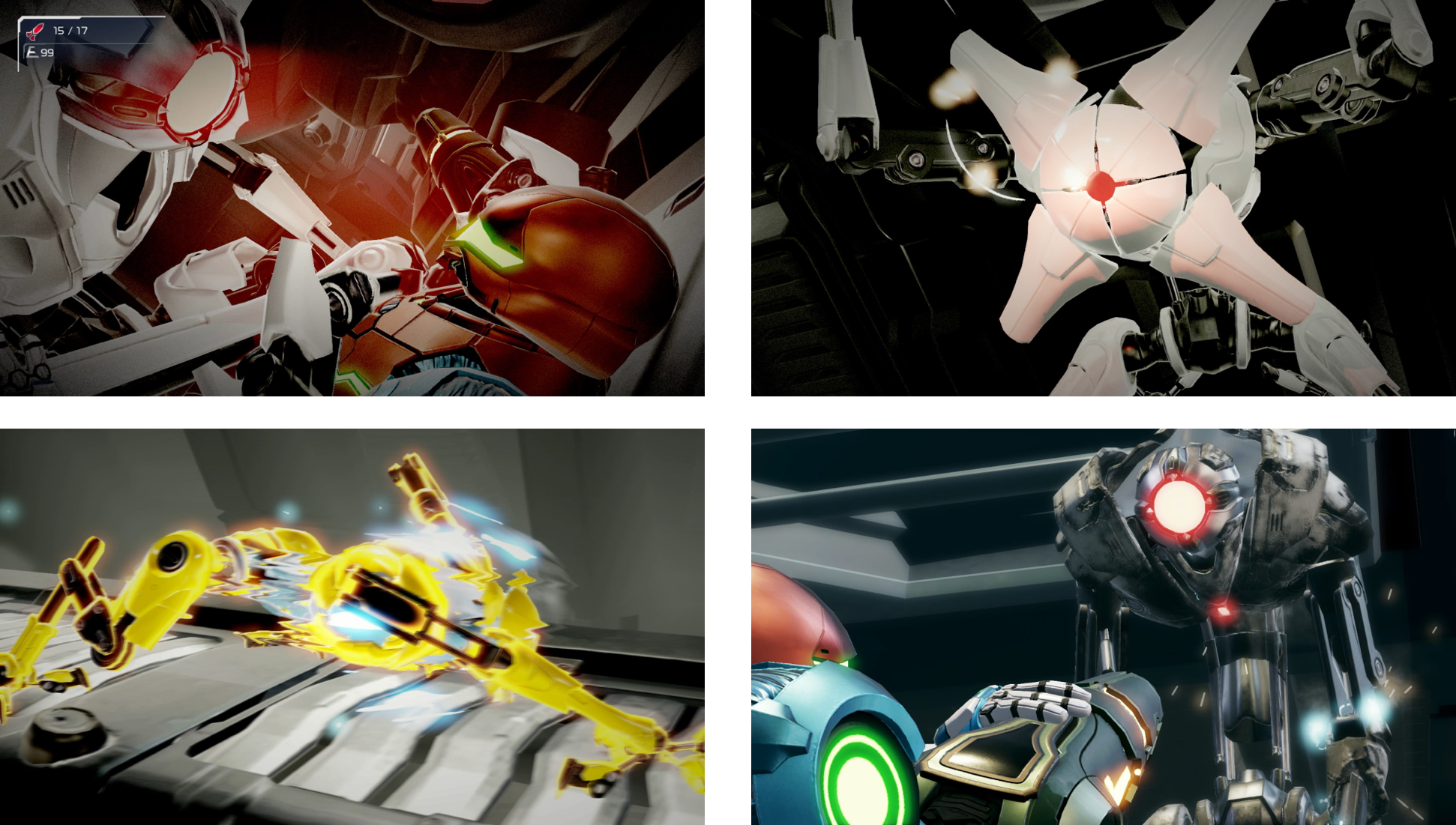 You could say the E.M.M.I. are a representation of the concept of a terrifying threat that we’ve spent so long considering. Since these are robots, they have no feelings or hesitation. They come straight after their target and ruthlessly kill in one stab. Samus must accomplish her mission while contending with these cold, calculating, and extremely strong enemies.

Samus’ basic actions have been enhanced and are now more satisfying than ever to use. Next, let’s introduce some of her actions showcased in the announcement trailer.

With a well-timed Melee Counter, Samus can strike at an enemy’s weak point. This ability was first seen in the Metroid: Samus Returns game for the Nintendo 3DS™ system, and in this installment she can use the move while running with Dash Melee. This helps Samus to now leverage counters as offensive actions by jumping in close to the enemy and countering.

Samus can aim and fire in any angle. In the Metroid: Samus Returns game, Samus had to plant her feet in order to aim freely. Now, she can also make fine adjustments to her aim while on the move in the direction she’s facing. 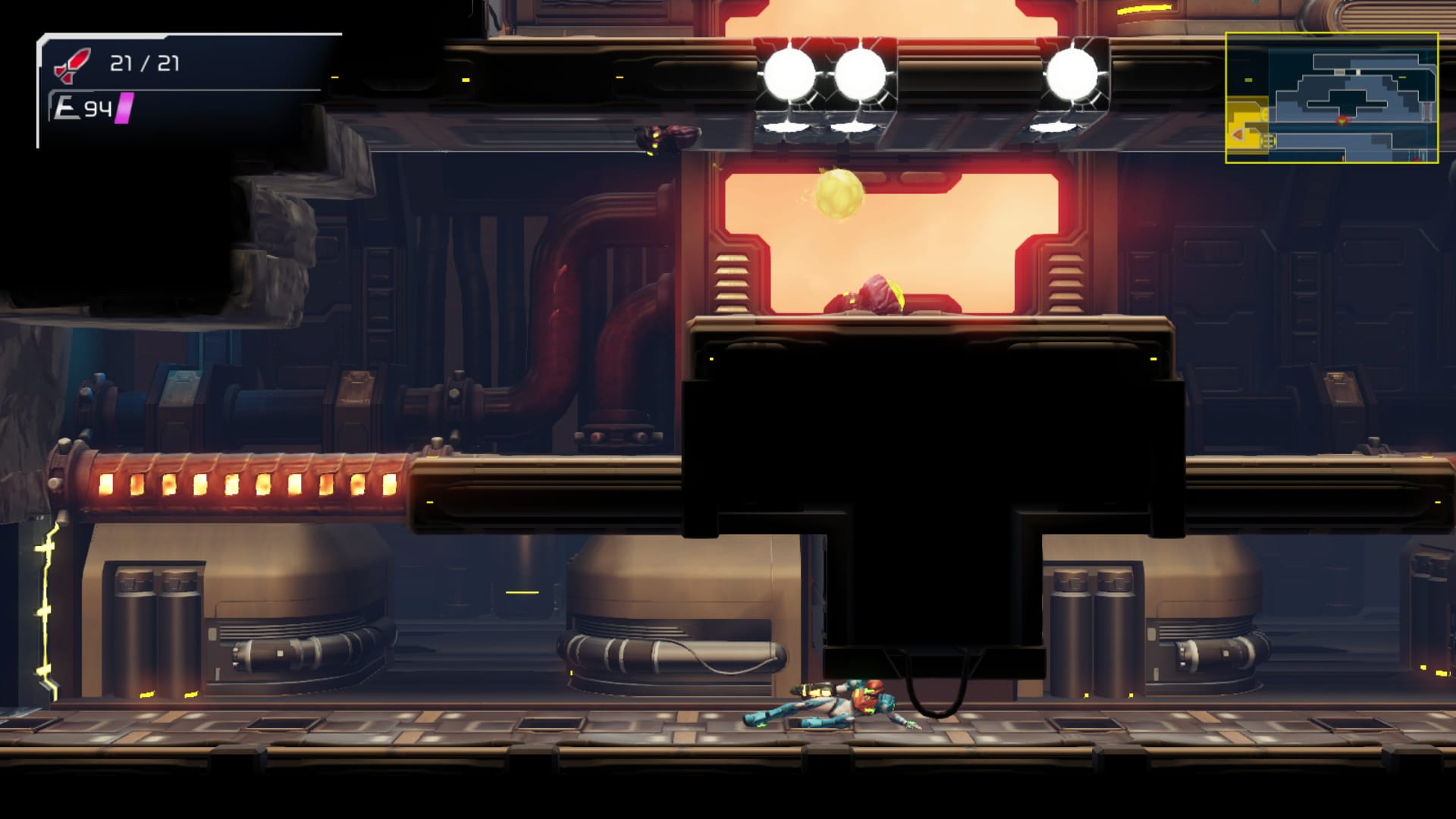 Slide is a new action in the series, allowing Samus to move through small gaps without stopping.

With this new ability, Samus can move, shoot, and even counter while hanging onto a wall. This can only be used on the blue magnetic strips attached to select walls and ceilings.

We made multiple improvements to Samus’ movements and abilities so that you may enjoy faster and smoother gameplay.

With the collaboration of the Metroid team at Nintendo and MercurySteam Entertainment—who worked on the Metroid II: Return of Samus™ remake for the Nintendo 3DS system called Metroid: Samus Returns—we have refined Samus’ basic actions even further.

OTHER SCENES OF INTEREST

The trailer has more scenes filled with details that we plan to introduce in upcoming Metroid Dread Reports. Please stay tuned for more!

We’ve finally announced the Metroid Dread game, the idea for which we’ve been formulating for over 15 years. There is a lot more we wish to share with you about the game, so please look forward to future Metroid Dread Reports.

IN THE NEXT METROID DREAD REPORT

Learn more about the ways that the E.M.M.I. bring change to the world of Metroid. Please look for it soon!