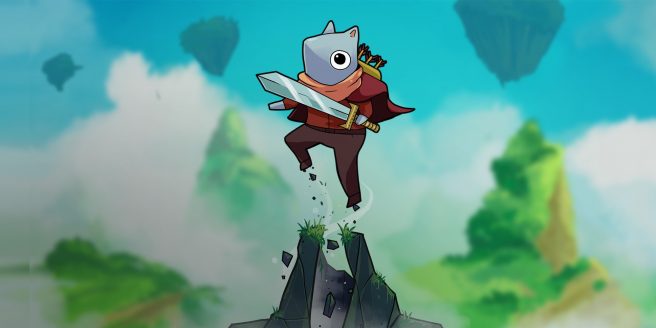 Today, publisher Armor Games Studios and developer Kyle Thompson announced that they’re putting Islets on Switch. Not only that, but we also have a final release date of August 24, 2022.

Islets is a Metroidvania title filled with action adventure gameplay. You’ll take on the role if Iko, a “a brave mouse with ambitions of setting out to explore a sky filled with scattered floating islands and communities isolated from one another after the land was fractured by a mysterious incident many years ago.”

“I’m so excited for Islets to finally be released after two years of development,” said Thompson of his upcoming game. “I set out to create a charming world full of secrets and strange characters and I can’t wait for people to finally meet them.”

Islets is a lush metroidvania starring Iko, a brave mouse with ambitions of setting out to explore a sky filled with scattered floating islands and communities isolated from one another after the land was fractured by a mysterious incident many years ago.

Using his trusty but rickety plane, Iko hopes to navigate the disparate landscapes and find a way to bring the world together again. However his journey will also bring him to uncover the secrets of the immemorial evil that tore his world apart in the first place.

Players will explore the world of Islets both by navigating the open skies in Iko’s plane, and by exploring vivid island environments on foot. However, the adventure won’t be simple, as there are unique and challenging enemies around every corner, seeking to put Iko’s bravery to the test.

In Islets, players will need to master a selection of unique special abilities and harness quick reflexes in order to put a stop to the creeping evil that has fractured the world.

Lovingly hand-drawn and bursting with character, Islets is the creation of solo developer Kyle Thompson, previously known for the beautiful and highly-regarded metroidvania Sheepo.

We’ve included a trailer for Islets below.