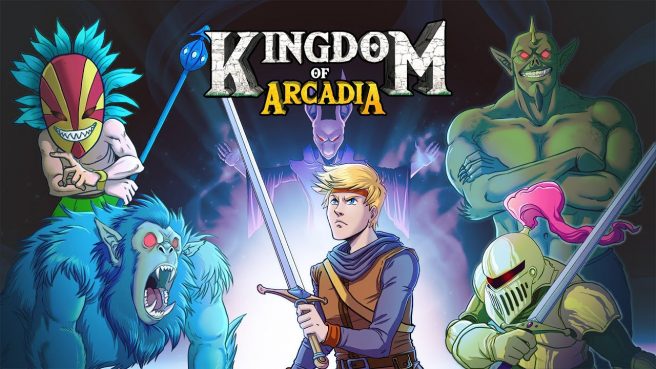 Eastasiasoft, Spoonbox Studio, and Ratalaika Games today revealed that they’re bringing the Metroidvania game Kingdom of Arcadia to Switch. A release is planned for April 14.

We have the following overview and trailer for Kingdom of Arcadia:

Sam is just a normal kid who likes video games. Likewise, his father has a passion for old games, but when Sam tries out his dad’s arcade machine, he’s suddenly pulled inside, where he finds himself starring in his own pixelated adventure. But can he get back home? Help Sam remove the spell cast on Arcadia and return safely before it’s too late!

Kingdom of Arcadia is a metroidvania spanning five levels, each with multiple missions to undertake. Sam will encounter a wide variety of enemies, huge bosses and other obstacles in pixelated retro presentation. Fortunately, he can level up and buy new gear from shops to aid in the daunting adventure that lies ahead!