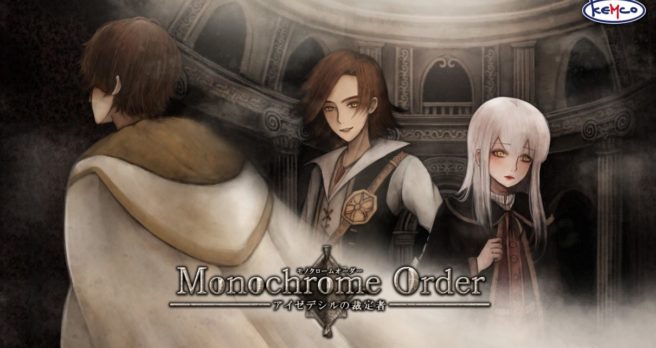 Kemco and Hit-Point are bringing the RPG Monochrome Order to Switch next week, a Japanese eShop listing reveals. A release is planned for October 10.

We have the following overview and trailer for Monochrome Order:

The world must forever make choices. The Arbiters’ mission is to use the ancient magic known as “Judgment” to follow their own justice and guide the world to a better place. A newly-appointed Arbiter, is assigned to a desolate country where he will have to make various Judgments. However, not everyone will agree with his idea of justice.

When faced with two extreme choices, which will he choose?

Your Judgments will greatly affect the story and your character’s role in both good and evil paths. As there are multiple endings, explore different routes to guide the world toward the right direction! Get up to 18 allies from your Judgments to try various formations and overcome challenges with each character’s unique skills!

Monochrome Order will support multiple languages, including English. A worldwide release is expected on October 10.