Monster Boy still being considered for Wii U 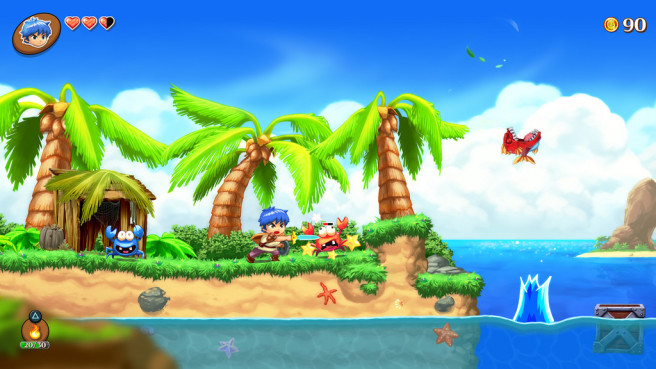 The Game Atelier ended up cancelling its Kickstarter project Flying Hamsters 2 and morphed it into the Wonder Boy spiritual sequel Monster Boy. The game is finally wrapping up development and should be launching in a few months – but not on Nintendo platforms just yet.

Publisher FDG Entertainment said last year that Wonder Boy would be considered for Wii U. As of now, that’s still the case. The team currently has its hands full with current platforms, though if Wonder Boy sells well, that’ll increase the chances of something like a Wii U version.

“We hear you loud and clear! There’s PS Vita, WiiU and even more. We totally agree that these platforms need to get Monster Boy, too! We love Nintendo! However, it’s impossible for us to work on all portings at the same time. Also, the game needs to sell well enough so we’re able to finance the porting work as it can be very time consuming. Since we don’t have any guarantee for success, we just can’t announce additional platforms at the moment.”