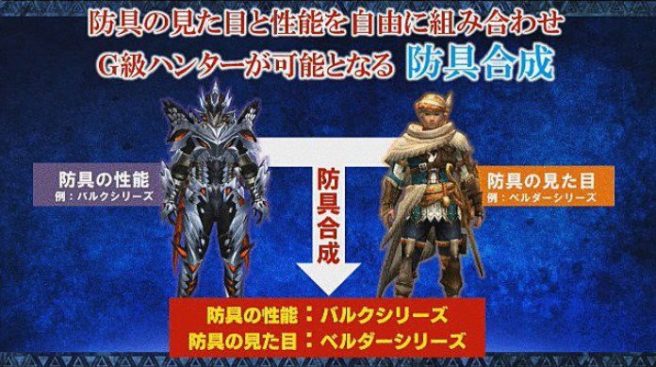 During the last Capcom TV broadcast the company revealed that Monster Hunter XX will be the first game that will let the player change the appearance of a set while keeping the stats and abilities from another set. This is a recurring feature that can be found in a lot of MMORPGs but it was never possible in a Monster Hunter game. However, this new system will only be available after geting a G-rank.

Furthermore, Capcom has announced that item management will improve in Monster Hunter XX through a Laboratory Expansion system with item box expansions and additional item set options. In order to unlock the expansion contents we’ll have to progress through the main story mode.