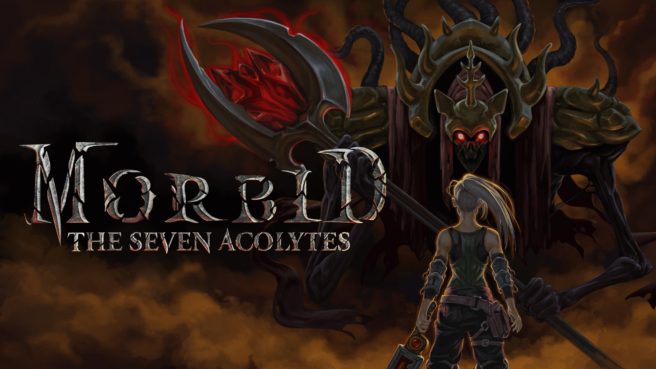 Morbid: The Seven Acolytes has received a fairly notable update. Version 1.0.5 was recently made available on Switch, and it includes a bunch of adjustments and fixes.

– Moving speed (walking and running has been increased
– Running consumes less stamina now
– “Auto-aim” for leaping has been adjusted; this should make you feel more in control of the player during combat
– Changing load-outs in-game is now possible

– Total amount of fonts has been reduced from 5 to 2. This reduces various loading time between language changes about 50%
– Various localization improvements

– Incorrect button prompt in one of the tutorials is fixed

– Doing a parry attack makes the player invulnerable for the period of the attack
– Parry attack engages faster
– When taking a hit while parrying, the parry stops so that players can activate another parry right away (good for enemies with attack combos)
– Even a “failed” parry no longer does happen to the player, instead the worst that can happen is that it eats up your stamina
– Blocking in a direction that the player isn’t currently facing is now easier