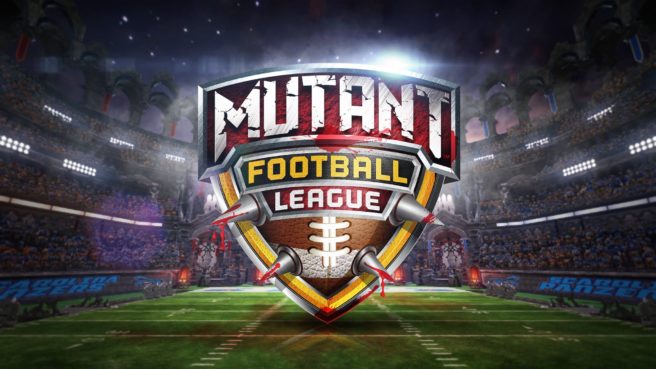 We’ve confirmed with the team behind Mutant Football League that a Switch version is in development. We won’t have to wait long to see it, as it’s playable at E3 2018 this week. The demo is located in the South Hall, booth #2555.

A spiritual successor to Mutant League Football, Mutant Football League is a brutal arcade-style football game. We have further details and a trailer from its release on other platforms below.

Fantastical arenas full of ruthless fans and deadly traps set the stage for mayhem in every contest that allows players to win by highest score or by killing and eradicating their opponents – a feat made easier as teams use their unique “Dirty Tricks” such as “Bribe the Ref” to overturn a call or having a player become “Ginormous” to grow in size and pummel the puny combatants in their path. Whenever a game begins you’ll quickly discover the only predictable element is broken bones.

Digital Dreams Entertainment is keeping quiet on most of the specifics surrounding Mutant Football League on Switch for now. However, we do know that some all-new content will be included. Stay tuned for further details.