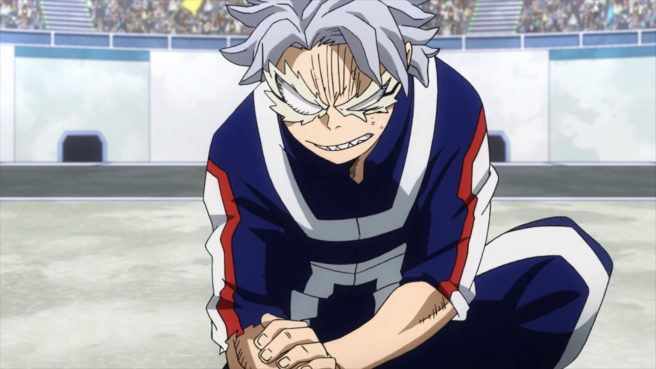 Not much is known about the character at present. However, his Quirk will be incorporated into the game, meaning he won’t take damage when his skin turns into steel.

Tetsutetsu Tetsutetsu will be available in My Hero One’s Justice 2 sometime this winter.