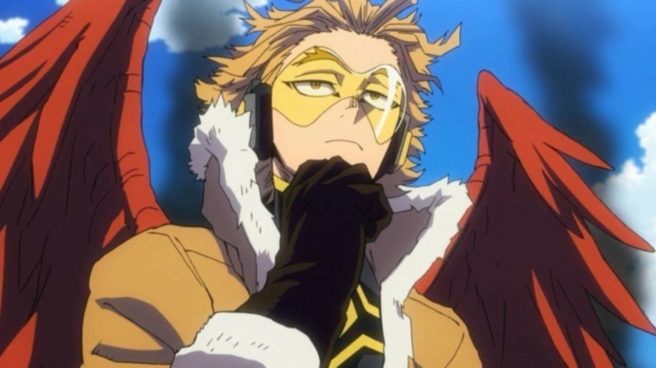 Hawks will appear in My Hero One’s Justice 2 as the game’s first DLC character, the latest issue of Weekly Jump has revealed. A release is planned for this spring.

True to his character, Hawks attacks by using his wings. There will be ten color variations to choose from.

Fans will be able to purchase Hawks individually. The DLC will also be included in the My Hero One’s Justice 2 season pass, which will also feature four other characters.