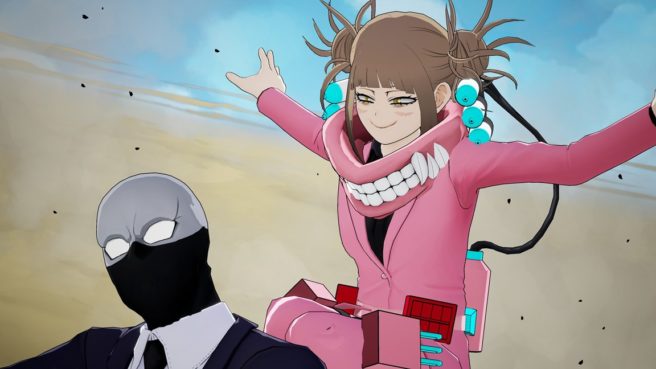 Those who purchase the DLC can dress villains in formal business attire during all game modes, including the upcoming Photo Mode. Kai Chisaki, Tomura Shigaraki, Dabi, Himiko Toga, Muscular, Twice, and Mr. Compress are supported. Nomu will also be made available to all players as a free update alongside the Outlaw Suit Costumes.

The Outlaw Suit Costumes set will be sold as paid DLC, though pricing hasn’t been confirmed.