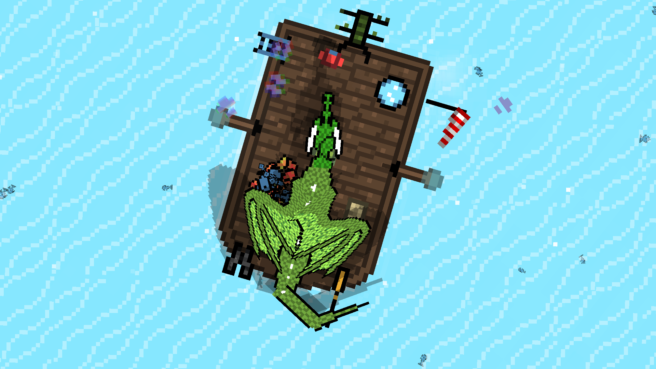 QubicGames has announced a new partnership with Kayabros on the narrative survival game Soul Searching. Thanks to the new deal, it will be released on Switch later this year.

We have the following overview and trailer for Soul Searching:

Soul Searching is a narrative survival game about sailing away from your homeland.

You sail on your small primitive boat to a world of islands, dragons, and magic. You can learn about stories of people living on islands you chose to visit, discover dragons, catch fish, customize your boats, find ghosts, cast magic spells, and more.

Soul Searching leaves you in an open world without any tutorial except telling you the buttons to play. There is no one correct path. There are a number of play styles you can choose from, depending on your hunger for gold and better boats. You might get lost, but it won’t take too long to find your way to the end.

Inspired by Ursula Le Guin’s Earthsea series, and movies like Life of Pi, Soul Searching is about growing up, leaving your homeland, standing on your own feet. It deals with isolation, searching for meaning and direction, leading to depression and suicidal thoughts.

As the player, you are not a violent hero. The most violent thing you can do in this game is to catch fish to feed yourself. Other than that, it’s a game of humble survival and peaceful travels. But in that humbleness, you are challenged to survive in a world of merciless dragons and endless seas.

Made by a one-man team spanning three years of development, Soul Searching is a very personal game. It tries exciting story-telling methods to convey feelings rarely conveyed in games. Since all code, art, music, everything is made by one person, it offers a special sense of authorship hard to find in other games.

Other than the single-player story mode, the game also offers a randomly generated mode from 1 to 4 local players. This offers replay value and requires players to work together to survive. More players, more need for resources, so more challenge, but more skills to survive.

Soul Searching invites you to its world of mysteries. Even though the main story playtime is not that long, if you want to unlock every achievement in the game, you will have to get lost in this world.

Around 3 hours of single-player story mode

Islands with lots of monologues, and other islands that are not populated by humans

Magic skills that let you survive on the sea more easily

A day-night cycle that affects gameplay in subtle ways