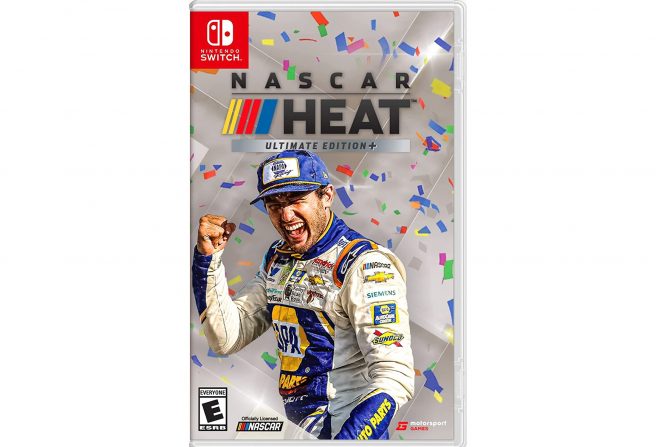 NASCAR Heat Ultimate Edition+ is coming to Switch, an Amazon listing reveals. The title is being brought to the system by publisher Motorsport Games and developer 704Games.

According to the Amazon listing, NASCAR Heat Ultimate Edition+ is the official video game of the 2020 season. It states that “the world’s most popular stockcar racing series puts you behind the wheel and challenges you to become the NASCAR Cup Series champion.” The game contains the 2020 official teams, drivers, cars, and schedule from the three NASCAR National Series in addition to the Xtreme Dirt Tour, racing on 39 authentic tracks.

It seems that this Switch release is based on NASCAR Heat 5 Ultimate Edition. You’ll be getting everything from that game as well as the 2021 NASCAR Cup Series Roster and 2021 primary paint schemes. The lineup of content includes the 2020 Throwback and Playoff paint schemes, Tony Stewart as a playable character, and more.

Amazon lists NASCAR Heat Ultimate Edition+ for release on November 19 with a $39.99 price point. The retailer is taking pre-orders here.

Motorsport Games teased way back in January that it would be releasing a NASCAR game on Switch. This will mark the racing series’ first appearance on the console.

Nintendo Everything is a participant in the Amazon affiliate program. The website may receive a partial commission through orders placed with the retailer.