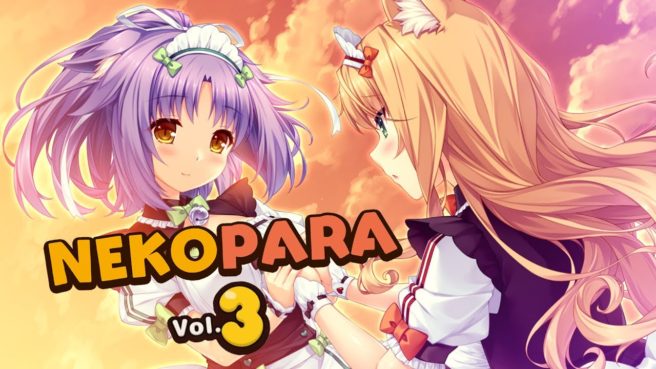 Nekopara Vol. 3 was previously said to be releasing on Switch sometime in June. Now thanks to a Japanese eShop listing, we have a confirmed release date of June 27.

Here’s an overview of the visual novel, along with a trailer:

Patisserie “La Soleil”, run by Kashou Minaduki, is flourishing thanks to the help of two catgirls: Maple, full of pride and a little on the haughty side, and Cinnamon, an impulsive daydreamer.

These two are especially close among the rest of the sisters. One day, Maple encounters something that shakes her belief in attaining her dream. Cinnamon, unwilling to see Maple suffer, wishes to help her in any way possible… but she can’t figure out how. This story is a heartwarming cat comedy about their ambitions and the bonds between family members… with a little ecchi on the side, too.

While the June 27 release date technically isn’t confirmed for the west as of now, English will be supported. That means a worldwide launch is likely.