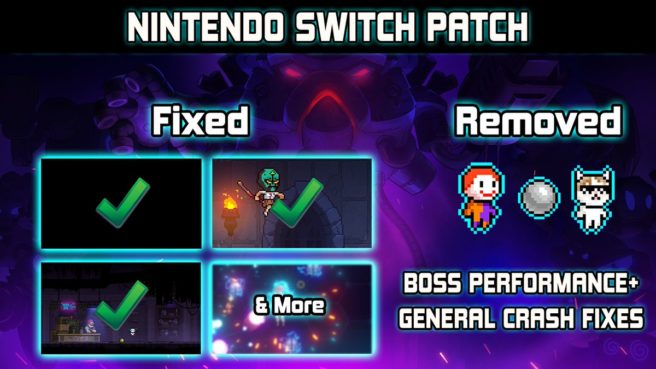 Neon Abyss has been updated to version 1.0.3. Highlights include a black screen fix​, performance improvements, and more.

Changes on all versions:

Neon Abyss is out now for Switch via the eShop.