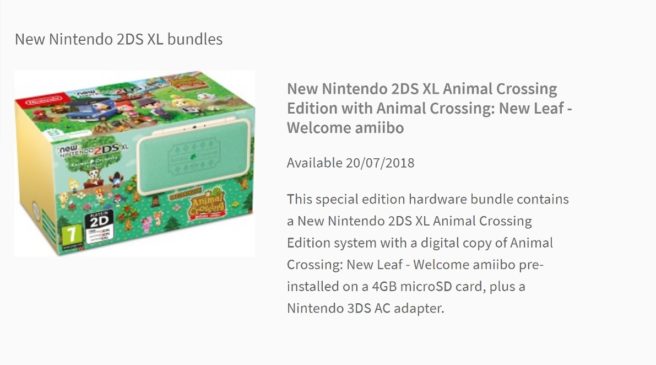 A special New 2DS XL bundle has been revealed for Europe. Along with an Animal Crossing design for the system, Animal Crossing: New Leaf – Welcome amiibo will be included in the package.

Nintendo hasn’t officially announced the bundle at this time. However, according to Nintendo UK’s website, it will be available on July 20.