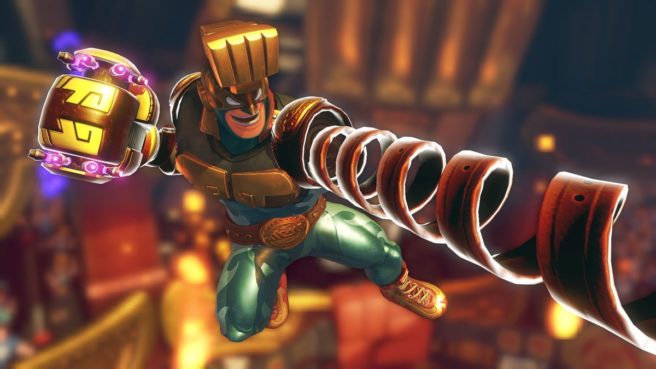 ARMS has received a new update, and it’s a big update. All players should now be able to download version 2.0.0.

As previously mentioned, Max Brass is added in as a new playable character. This includes his ARMS and a new stage as well. Other new features include the Hedlok Scramble mode, Stats, Events, balance updates, fixes, and more.

The full list of patch notes (they’re quite lengthy) are posted below.