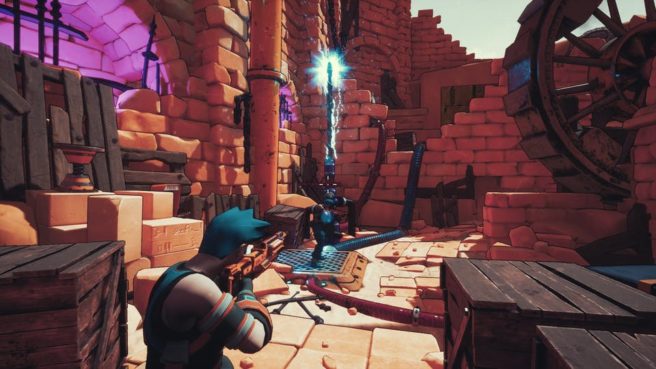 Black Riddles Studios issued a new video for Crazy Justice today showing the battle royale game running on Switch. We have it below.

Crazy Justice features 20 different heroes with unique special skills and a customizable skill deck, cross-platform play with Xbox One and PC, and optional motion controls. You can battle against 99 other players online. According to the developer’s Twitter, the game is planned to release in the second half of Q2.