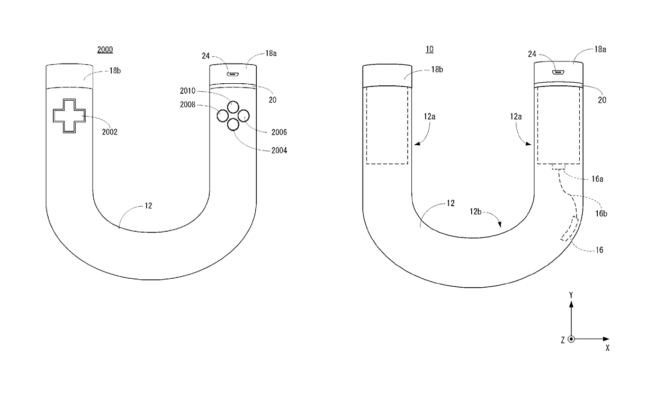 Back in October 2014, Nintendo filed a Japanese patent application under the name “Training Implement, Training System, and Input Device”. It was then filed internationally in September of last year, and made public yesterday.

Here’s the abstract to give you a brief idea as to what the patent is about:

A training implement (10) comprises a hollow body (12) formed from an aluminum alloy. The body is configured from two grips (12a) provided facing each other across a space, and a connecting section (12b) connecting the two grips. A load sensor (16) is disposed in the connecting section inside the body. The load sensor is a load cell, the strain gauge is bonded on the inside of the body, and the portion of the body to which the strain gauge is bonded functions as a strain element. Consequently, when a user applies force so as to bring the two grips towards each other or applies force so as to separate the two grips, the load thereof is detected by the load sensor.

Essentially, the patent involves an exercise controller/system which features sensors for load, acceleration, gyro, temperature, and more for use with gaming/exercise. You can find more information here.