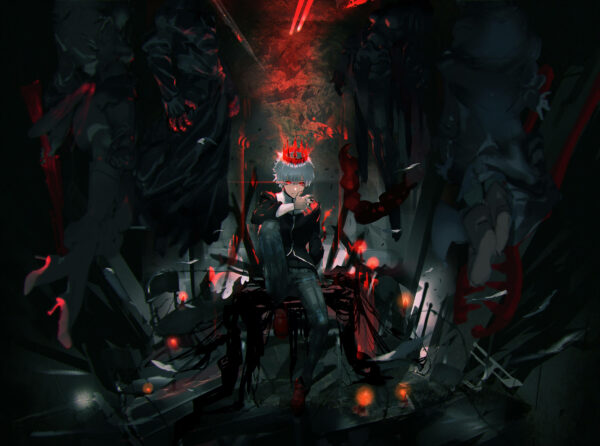 Weekly Famitsu has revealed a plethora of information for Monark, a project from former Megami Tensei and Shin Megami Tensei staff. The game launches October 14th in Japan, and will be reaching the Switch. Check out the details about the development team, the characters,story, and gameplay below, as rounded up by Gematsu:

The game’s staff is as follows:

The story follows the True Student Council, which was established to solve the abnormal situations in the school. The protagonist, who becomes the deputy head of the council, chooses a buddy from four characters to defy the unreasonable.

The main story has multiple endings. There are different routes for each of the four buddy characters. To make multiple playthroughs easier, you can also skip shared routes and advance through different buddy routes.

Battles are command-based with a free move turn system. Increasing your madness will allow you to use more powerful skills, but if you increase it too much, you will go insane and rampage against targets both friend and foe, making it impossible to fight.

There is also an “EGO” system, which represents the player’s desire levels of pride, wrath, envy, lust, gluttony, and sloth. These change depending on your diagnosis and the choices you make, and also affect the demons you can employ as your “underlings.”

Underlings’ appearances and voices can be customized.

The magazine also has an interview with the developers. Here are some key tidbits:

Hayashi and Hoshino: “We got excited talking about Shin Megami Tensei IF, and how nowadays there are no games like it, so we constructed the prototype for Monark with consideration for the world view and atmosphere we thought important to preserve in a school RPG project.”
Haysashi: “I can’t thank [the creators who joined the project sensing mine and Hoashino’s enthusiasm] enough. The chemistry with the other creators was there and we were able to develop the game with the idea team.”
Suzuki: “While I’m participating in the project as a supervisor, I hve been able to give detailed advice to Hayashi and Ito, who are writing the scenario.”
Ito: “I worked on the stories for 100 students.”
Masuko: “I worked on about 40 songs.”

Both the four-minute debut trailer and six-minute background music introduction video for Monark are scheduled to premiere on June 10 at 12:00 JST.