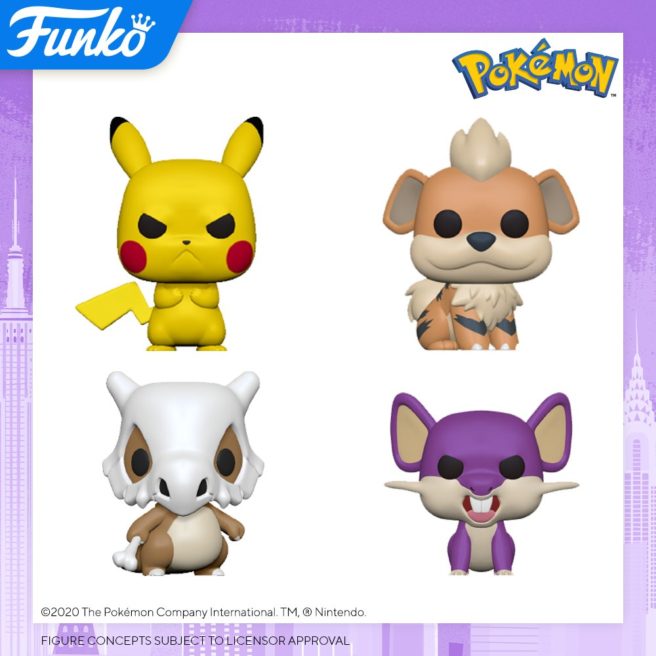 Original (2/21): In celebration of Toy Fair New York 2020, a new round of Pokemon Funko Pop figures have been revealed. Pikachu, Growlithe, Cubone, and Rattata will be sold in stores soon. Pikachu appears to be an “angry” variant.

Funko hasn’t provided any additional information, including a release date. However, look for these figures to appear in stores soon.