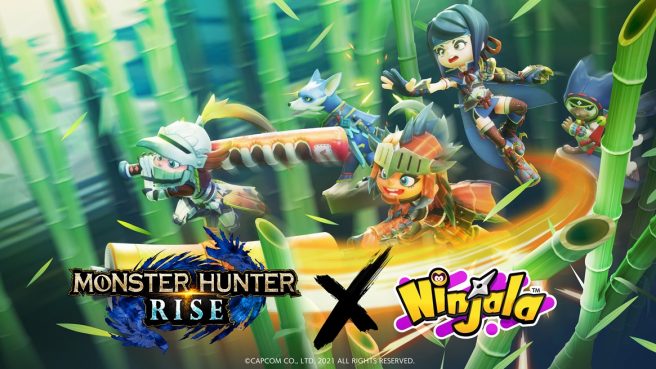 Ninjala has been no stranger to collaborations since launching on Switch last year. Today, GungHo revealed its latest partnership. Starting at the end of April, Ninjala will be introducing lots of collaboration content based on the recently-released Monster Hunter Rise.

From April 27 to May 26, players can look forward to the following collab content:

Also announced today is the GOEMON Matsuri and Nissin U.F.O. Yakisoba Cup Online Tournament. The event details are below.

GungHo further covered today’s news in the latest Ninjala dev diary, which you can find below.