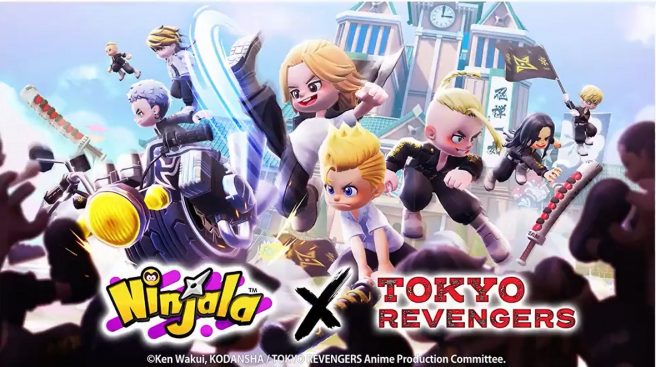 Ninjala has revealed its latest collaboration, with the Switch title set to team up with Tokyo Revengers.

Tokyo Revengers is known as both a manga and anime, which started out in 2017. Over 50 million copies have been sold.

As for what players can expect in Ninjala, GungHo has teased various collaboration items. More information will be shared on July 13 in celebration of the title’s second anniversary.

Ninjala is no stranger to collaborations, including partnerships with other anime and manga. We’ve previously seen Jujutsu Kaisen, Rurouni Kenshin, and Demon Slayer appear in the game.

The Tokyo Revengers collaboration in Ninjala begins on July 20, 2022. It will last until August 24.

Ninjala is currently available for Switch on the eShop.