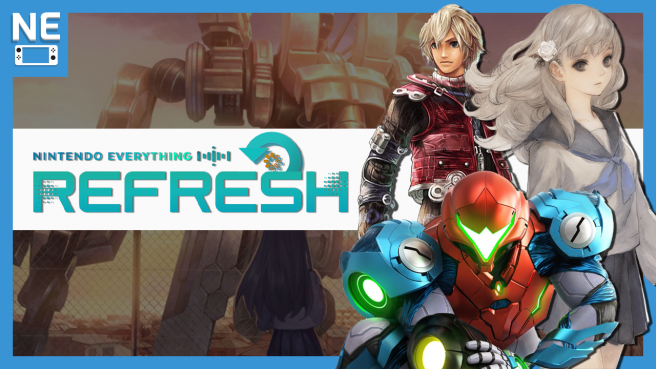 This week on Nintendo Everything Refresh, join your hosts Nick, Nicolas, Dennis and Luiz as they discuss Metroid Dread’s exciting new Boss Rush mode, which was recently released as a free update for the game. Then stick around for the full verdict on the recently-released 13 Sentinels: Aegis Rim, as well as preview impressions on Neon White, the upcoming deck-building first-person combat/parkour game from Annapurna. They’ll also discuss the recent Chrono Cross release, Xenoblade’s 10th anniversary, and more.