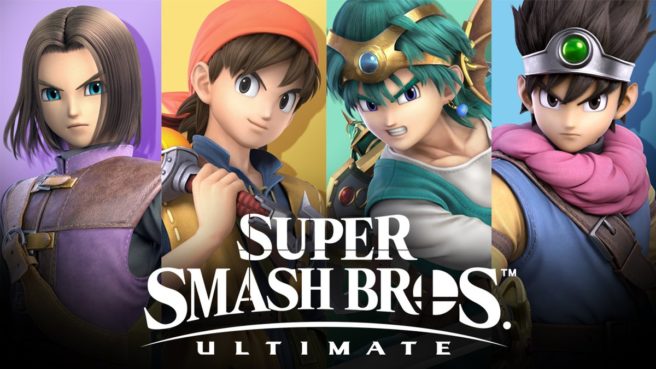 Ever since Hero made his debut in Super Smash Bros. Ultimate, his inclusion in tournaments has been a strong point of contention. Some feel that his moveset is too random, leaving victories and defeats more in the hands of luck rather than skill. Because of this, some tournaments have started banning the character from inclusion.

Nintendo France has now made an interesting move of its own. For the Super Smash Bros. Ultimate European Team Cup 2019, participants will be unable to use Hero. Interestingly, this also applies to every DLC character released after September 23, so the decision appears to affect future events as well.

Here’s an unofficial translation from the official tournament rules:

“The playable characters during the Championship are the base 74 characters, and three of the DLC characters: Piranha Plant, Joker and Banjo-Kazooie. Also, without this list being limitative, the Hero, and all future DLC characters that comes after September. 23rd are banned.”