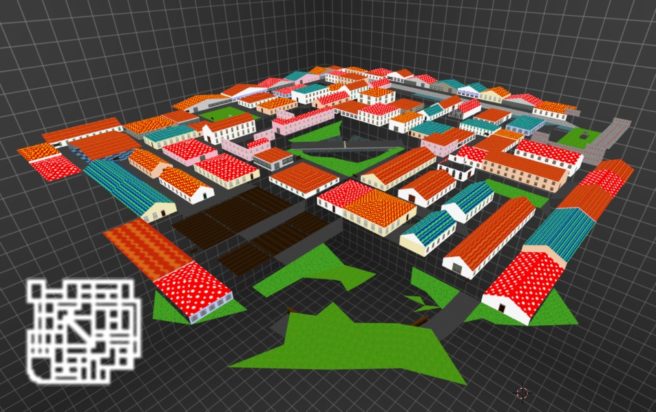 The Nintendo leaks that have sprung up since late last week are continuing as fans are still combing through the many files and assets. We have another batch of interesting findings relating to a number of N64 games. With Animal Crossing for instance (which only made it to Japan on the N64), a few unused characters have been found from early development. Fans have also shared footage of a beta dungeon in Zelda: Ocarina of Time, images of another scrapped Super Mario 64 enemy, and even a look at a cut Mario Kart 64 track.

Here's CAT13 in-game! Nicknamed Catty since we don't have a proper name for her. pic.twitter.com/r9ReaU34AL

Blathers did not exist in the original Animal Forest, and neither did the museum. However, files do exist for him. Here's an early look at his face! pic.twitter.com/w12EfR7ROq

He's actually complete like this, including multiple eyes and mouths! pic.twitter.com/dYqXoY8NHH

Gulliver is saved in the files as "Dozaemon", which directly translates to "Drowned Body." pic.twitter.com/WESTn1uBuK

A user named aksa from a Zelda discord server found the theorized medallion magic items in Ocarina of Time which aren't in the final game. These are zelda_magic_ice.zobj, zelda_magic_fire.zobj, and zelda_magic_wind.zobj renders respectively. pic.twitter.com/d02azr1Otx

TCRF user Streams has managed to load the model more clearly in Blender with the correct textures.

We can now see that this is definitely the cut Mario Kart 64 city track referenced in old interviews, with no relation to the Zelda 64 proto town map, despite visual similarity. pic.twitter.com/5SI26oVe9l

ONE HORNED BULLIES HAVE BEEN FOUND (Please credit @Feleggg for this amazing discovery) Also, here's a pic of Motos with betah bully. Looks like the two beta bullies got reunited at last. pic.twitter.com/6SC08cGoe7

Here's some unused models, again by the ever talented @Feleggg. For some reason, the checkered platform is labeled "ana", which can mean hole, or ass? Strange stuff. Aslo the treasure chest is huge. pic.twitter.com/08looxwXop

Have a beta penguin too. This was also restored by Felegg, not me. pic.twitter.com/MoJmqJaMBE

Sad and angry eyes too! pic.twitter.com/Hl1SSLn18i