Nintendo on maximizing the value of its IP 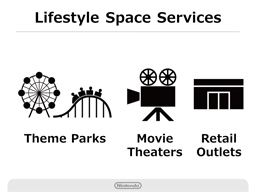 Nintendo commented on how it intends to maximize the value of its IP during its latest financial results briefing. Here’s what was shared by CEO Tatsumi Kimishima:

“As you know, Nintendo’s basic strategy has consistently been “expansion of the gaming population.” A variety of popular characters, including Mario and Link, appear in Nintendo’s video games and these characters are the source of Nintendo’s IP value. By increasing the number of people who have access to this Nintendo IP or video game characters, music and world view, and by increasing the value of Nintendo IP, we aim to further expand the gaming population.

More specifically, we will provide people with new applications on their smart devices by utilizing our Nintendo IP. We are also planning to offer new attractions at theme parks by using Nintendo IP. Further, by using Nintendo IP in a variety of other ways, such as licensing and commercializing this IP for visual content and merchandizing products, we are planning to maximize the value of Nintendo IP, which has traditionally been used mainly for our dedicated video game systems. Needless to say, there is no change to the fact that dedicated game systems remain at the core of Nintendo experiences.”