Nintendo planned to work with High Voltage on a water-focused robot shooter for Wii U, but leaks caused it to be cancelled 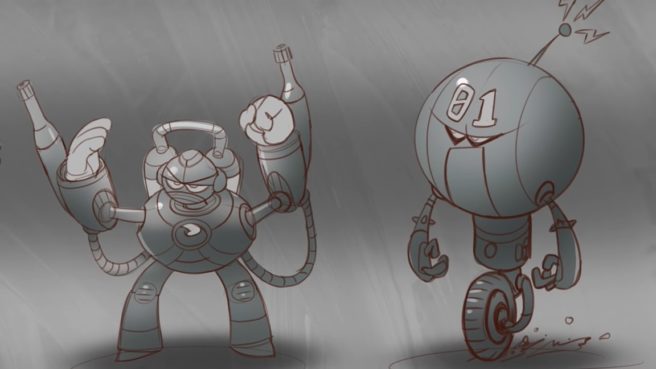 During the Wii era, High Voltage was a prominent name that often came up when talking about core titles on the console. The studio developed The Conduit series, and had at one point planned another gritty shooter in the form of The Grinder.

Taking notice of High Voltage’s work and commitment to its platforms, Nintendo reached out to the team in hopes of working together on a new shooter for Wii U. Did You Know Gaming? and Liam Robertson have today revealed details about the project, which was ultimately cancelled following a leak.

– Would have been made by High Voltage Software
– Nintendo’s oversight and funding
– Nintendo gave a vague outline for the project
– Nintendo wanted a shooter the whole family could play
– Nintendo suggested using water guns
– The rest was up to High Voltage to figure out
– Small group of roughly 10 people were going to start working on the game
– High Voltage’s idea was that robots – mechanical beings – would be susceptible to blasts of water and fry their circuits
– Characters partially inspired by Mega Man and the animated movie Robots
– Similarities to Pinna Park from Super Mario Sunshine
– Theme park style with water at its heart
– Water was central to the game’s premise, including that it fueled life
– Robots would have had different shapes and sizes, including ones with wheels and extending arms, water guns on their bodies
– Considered guns that used other liquids like a bazooka that would fire sewage
– Multiplayer was discussed, but the team wanted to nail the core concept first
– Nintendo’s interest in the concept was apparently genuine
– There was a leak in 2011 that Nintendo and High Voltage were working together
– Nintendo said that High Voltage would need to find the leaker and ensure there wouldn’t be further leaks
– High Voltage had an internal investigation, but no one was identified
– Nintendo felt that they had no choice but to discontinue the project
– All these years later, we now know that the leaker apparently put the information out there due to being unhappy with working conditions
– The project lasted about a month

This is just a summary of the report. For the full rundown of information, watch the video below.