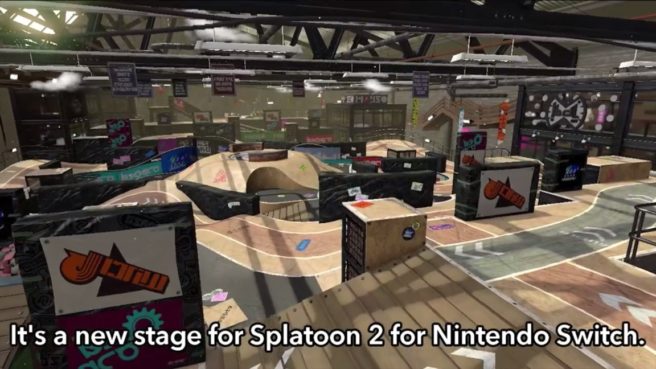 Humpback Pump Track “is based on an indoor BMX track,” Nogami explained. It also “has a lot of curvy ups and downs.”

A new stage for #Splatoon2 was just announced during the @ESLSplatoon Europe Grand Final!