Posted on November 16, 2019 by Brian(@NE_Brian) in General Nintendo, News, Switch 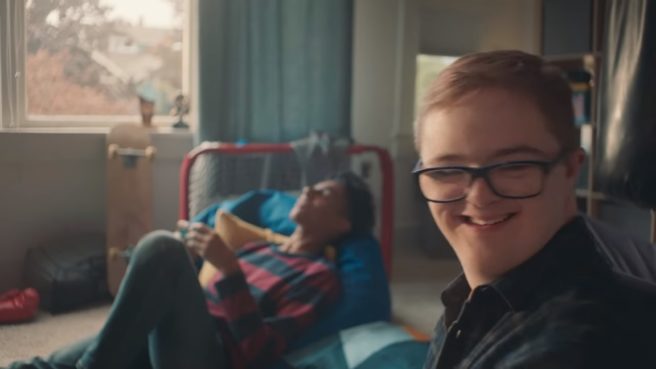 In a Switch commercial released this week, Aaron Waddingham was one of the boy actors featured. Aaron, who has Down syndrome, has been taking acting classes and auditioning for parts this year. Amazingly enough, Nintendo’s commercial was his first acting job.

“Nintendo very specifically wanted somebody with a visible disability. It’s very exciting to us that there will be more representation in the media of all sorts of different kinds of people. I think it’s very smart of them to look for that. It feels like there’s going to be more roles for people with disabilities coming up… Things are changing, which is awesome.”

Sue, who was with Aaron while speaking about her son’s role, later added:

“It was pretty cool because it was a rehearsal to play a video game. They trained him how to play the Nintendo game, which I think you already knew how to play, because you’re a 16-year-old boy.”

Aaron mentioned that it’s “really cool” to be in a commercial. “I want to be an actor,” he said.