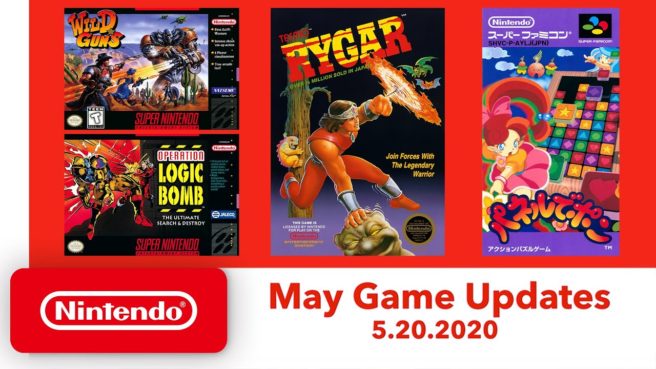 Nintendo has announced that a new set of games are joining the Switch Online service.

Over on the SNES, we’ll be getting Wild Guns, Panel de Pon, and Operation Logic Bomb. NES is adding Rygar as its sole title. All releases will be live on May 20.

Japan’s update for the month includes Super Punch-Out!!, Panel de Pon, Rygar, and Journey to Silius. We have a video for that below as well.