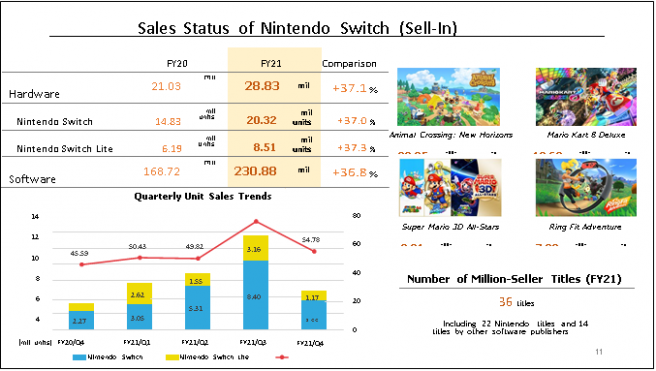 Nintendo delved into the performance of Switch hardware and software sales as part of its latest financial results.

Over the past year, sales of the console were up 37.1 percent. Between all Switch hardware, the system sold nearly 30 million units.

Here’s the full rundown from Nintendo: