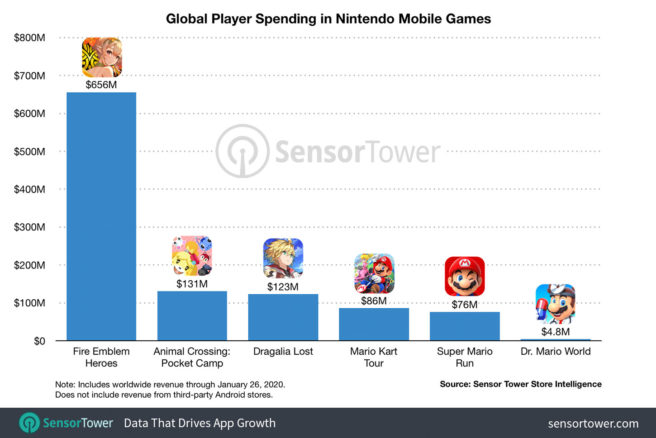 According to a Sensor Tower report, Nintendo games on mobile have generated over $1 billion in lifetime revenue from global player spending on the App Store and Google Play. Total downloads are also at 452 million worldwide.

Fire Emblem Heroes accounts for $656 million of the total, or 61 percent. Animal Crossing: Pocket Camp comes in second with 12 percent followed by Dragalia Lost in third at 11 percent. Mario games round things out with Mario Kart Tour at 8 percent, Super Mario Run at 7 percent, and Dr. Mario World at 1 percent.

Japan represents $581 million of the revenue, or 54 percent. The United States makes up $316 million, or 29 percent. It’s only with Mario Kart Tour and Super Mario Run in which spending skews more towards the U.S.