Nintendo’s new president Furukawa: “develop the company to its fullest”, “say what needs to be said”

Posted on April 26, 2018 by Matt(@OnePunchMaz) in General Nintendo, News 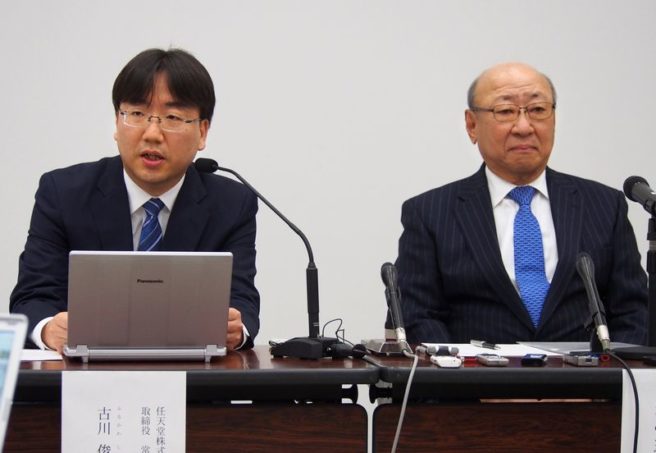 Nintendo announced today that its current president Tatsumi Kimishima would be succeeded by Shuntaro Furukawa in June. Bloomberg was able to get a few statements from Furukawa at the press conference in Osaka where the news was announced. He had the following to say about his plans as president:

“We will develop the company to its fullest. I will balance Nintendo’s traditions: originality and flexibility.”

Furukawa also said the following about his approach to running a company whose creations he himself grew up with:

“I grew up playing the Famicom and come from that generation. Now as a member of management with Super Mario’s creator Shigeru Miyamoto, I have a lot of respect for him. On the other hand, with this new job that can’t just be it, so I expect to say what needs to be said to run the company.”