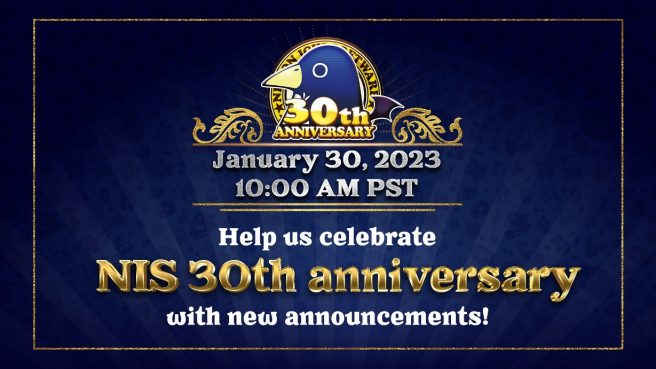 The Nippon Ichi Software 30th anniversary live stream will be shown on Twitch. The official website should eventually open here.

We’ll be sure to share any notable Switch news that emerges from the event.

Update: This is set to begin in an hour. You can watch it as it happens below.