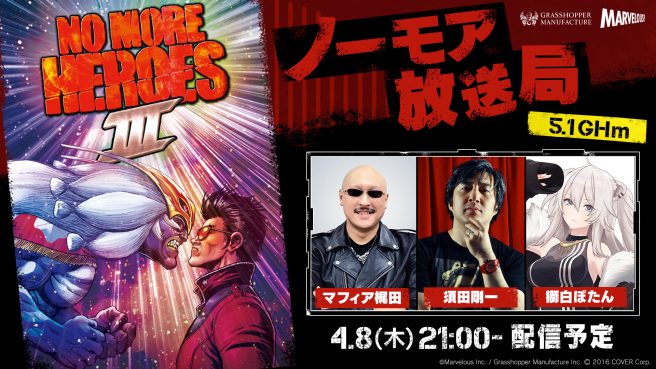 Ahead of its release later this year, No More Heroes 3 will be featured in an upcoming live stream from Marvelous. The company has announced plans to further highlight the title as well as look back on the series as a whole later this week.

The live stream will take place on April 8 at the following times:

You can watch the event as it happens below.

No More Heroes 3 launches for Switch on August 27.