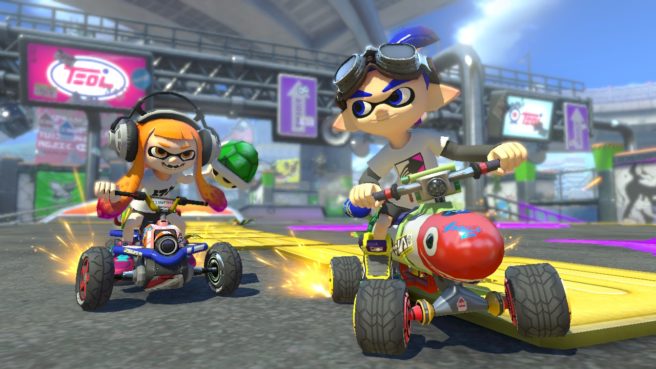 Mario Kart 8 Deluxe features additional content over the Wii U release. But those hoping that the game will include new race tracks will be disappointed to hear that the amount remains the same.

During a stage show at Nintendo Switch Experience 2017, Nintendo confirmed that Mario Kart 8 Deluxe contains 48 tracks. That’s the same amount as the Wii U version (with the DLC courses included).

As far as what’s new, Nintendo revamped Mario Kart 8’s Battle Mode, and the game also features some new characters and vehicles. There’s also a new Smart Steering feature to make driving and staying on the track easy for novice players, returning items from past entries, and the ability to carry two items at once.