No Time To Explain heading to Wii U 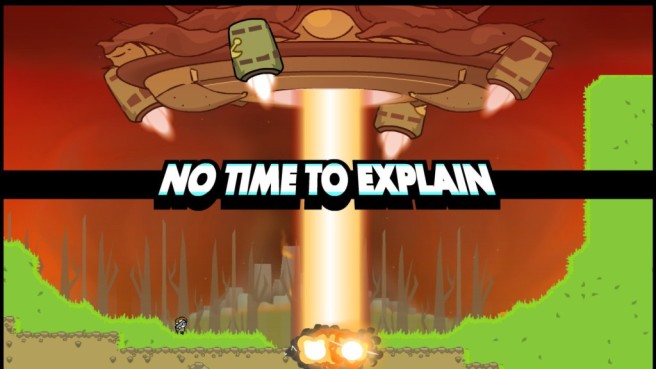 @NinEverything well for the record we're working on it but can't confirm, it's our first console game and the code is difficult to optimize

tinyBuild is bringing No Time to Explain to Wii U. That’s according to a classification listing coming from PEGI.

No Time to Explain, a platform game, started off in 2011 as a browser release. It’s been put out on several systems since then, and it looks like Wii U will be joining in on the fun as well.

Here’s a brief overview of No Time To Explain:

“No Time To Explain is a game about shooting the ground, putting on weight and setting your body on fire. Blast yourself through time and alternate realities to rescue your future-self from a giant crab sent by your evil time-twin from another dimension! Add up to 3 friends to join during the adventure.”

For a better look at the game, view the 2013 Steam trailer below.