Nobody Saves the World confirmed for Switch 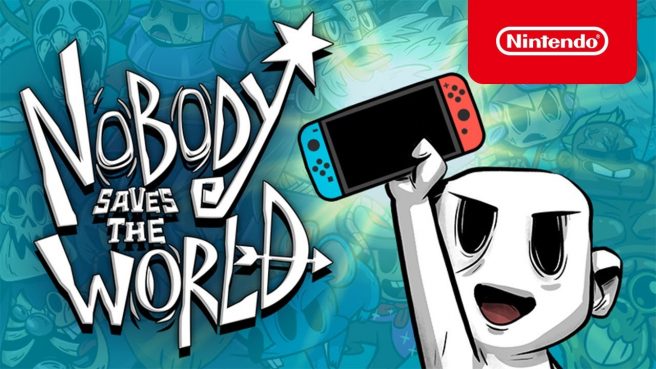 DrinkBox Studios is bringing Nobody Saves the World to Switch, the studio just confirmed. The game is launching in just a couple of weeks – look for it on April 14, 2022.

Nobody Saves the World comes from the same team behind the Guacamelee! titles and Severed. It’s an action RPG with plenty of dungeon crawling.

When the ancient Calamity re-awakens, who can save the world? Nobody! (That’s you, you’re Nobody.) Master the art of transformation to become a Slug, Ghost, Dragon, and more in this new take on Action RPGs from the creators of Guacamelee!

Complete quests to discover and swap between 15+ varied and distinct Forms. Mix and match abilities in unexpected ways to unlock and complete even MORE challenging quests. Explore a vast overworld – on your own or with a friend online – while clearing shape-shifting dungeons in an effort to stop The Calamity and save the world!

Watch a trailer announcing the Switch version of Nobody Saves the World below.

Nobody Saves the World will cost $24.99 on the Switch eShop. By pre-ordering now, you can get a slight discount, bringing it down to $22.49.