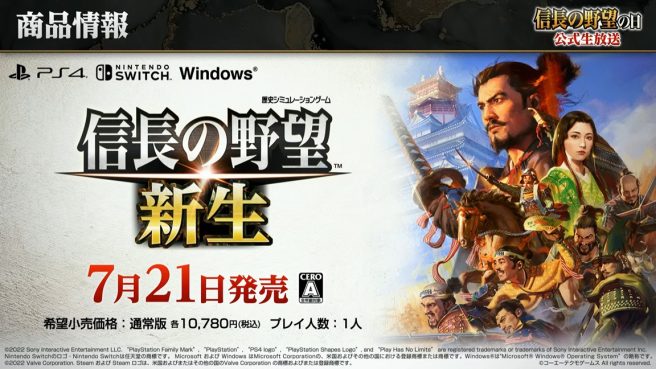 Koei Tecmo is bringing Nobunaga’s Ambition: Rebirth to Switch, the company confirmed today. The project was first announced a few months ago, but there was no word on specific platforms at the time.

Japan will be getting the game on July 21, 2022 with all pre-orders coming with an extra scenario. Koei Tecmo will release a Treasure Box containing an art book, daily pad calendar, and two-disc soundtrack.

Below is a trailer for the game:

And here’s a bunch of gameplay:

Nobunaga’s Ambition: Rebirth has not been announced for the west at this time, but we’ll give you a heads up if anything changes on that front.