October is a massive month for gaming and, as a result, this list is twice as long as it usually is. And this is only a small fraction of the games being released on the Wii and DS this month. Want to see this month’s biggest releases? Read on for more info on Kirby, katanas and keytars. 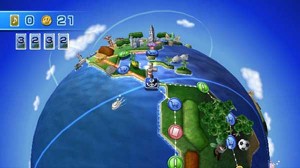 Why should you care? It comes with a free remote! Even if there are more than enough minigame collections on the console, Wii Party does seem to be doing at least some things different. There are board game modes and party games that seem almost identical to those from Nintendo’s own Mario Party series, but the main draw of the game –at least to me- is the “house party games.” Basically, these are minigames that are focused more on the players’ physical interactions with the Wii Remote – for example, one game revolves around players passing the Wii remote without shaking it, or else a bomb onscreen will go off. Say what you want about Wii Party, but it looks to be the kind of game that families and casual gamers will lap up. Or it’ll just turn out like Wii Music. Fingers crossed on this one. 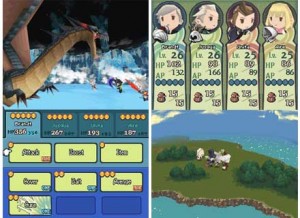 Why should you care? For those of you who didn’t care for the recent Final Fantasy games’ excessive cutscenes and angsty characters, there’s a lot to like about The 4 Heroes of Light’s story – or lack of story. Just like the first few Final Fantasy games, the plot revolves around a bunch of kids tasked with saving the world from evil. And that’s about it. OK, so The 4 Heroes of Light’s story isn’t exactly going to win any awards for originality, but it is a nice throwback to a simpler era of RPGs, something that is also reflected in its gameplay. Battles are turn based, and your characters can switch jobs by equipping different hats. Provided you don’t mind the cutesy style of graphics, Final Fantasy: The 4 Heroes of Light looks like an enjoyable RPG and a worthy game to bear the Final Fantasy name.

Why should you care? As someone whose only knowledge of the NBA comes from Space Jam (ugh) I’ve honestly never played the original NBA Jam, but I can see why people would want it to make a return appearance after over a decade on the bench. Unlike serious sports sims, it simplifies a match of basketball down to four players, adds ridiculous commentary, and generally just screws with the laws of physics. Like the original game, the remake of NBA Jam will feature plenty of unlockables and easter eggs, but there’s still no word on whether former president, Bill Clinton will make a return appearance or not. NBA Jam was planned to be bundled with NBA Elite 11 on the PS3 and Xbox 360, but will now be released separately and delayed indefinitely as a result. By all accounts, this high definition version will be downloadable and won’t feature all the gameplay modes of the retail release, but it will have online play – something the Wii version lacks. 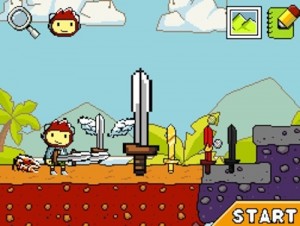 Why should you care? That’s a good question, especially considering that last year’s Scribblenauts didn’t exactly live up to expectations. The game’s big promise of “write anything, solve anything” fell through due to shoddy controls, vague objectives and odd physics. That’s not to say that Scribblenauts was a bad game – just that it was an ambitious game with some problems that needed to be fixed. Thankfully, Super Scribblenauts looks to fix these issues by adding the ability to use the D-pad to move Maxwell rather than the dodgy touch screen controls and also by including a new physics system that hopefully isn’t completely broken. The premise is still the same –Maxwell (the guy in the chicken hat) needs to reach the piece of starite on every level by writing words and having them come to life as objects- but there have been a few tweaks to the gameplay. The “par” that limited the number of objects you could create per level has been removed, but I wonder if there’ll be any restrictions in place to prevent people like me from breezing through the game by writing nothing but “wings” and “depth charges” Also, the in-game dictionary now features adjectives! 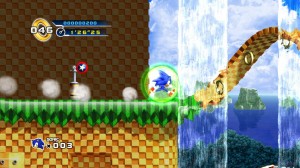 Why should you care? After being delayed for a while (thanks to the iPhone version), fans of the Sonic series are finally getting a “true sequel” to the original Mega Drive games that picks up from where Sonic 3 and Knuckles left off. Yes, Sonic 4 is a throwback to the side-scrolling platforming of the original Sonic games, but there are a few modern features like 3D graphics and Sonic’s now signature homing attack. Thankfully, Sonic will be working alone in this game, which means there are no rapping echidnas or irritating deformed foxes in sight (at least in this first episode). Best of all, the game isn’t really being developed by Sonic Team. Instead, development is being headed up by Dimps, a company whose credits include the excellent Sonic Rush and the Sonic Advance series – aka the best Sonic games of the last decade. Hopefully it’ll be able to please even the most picky Sonic fan, even if there are already people complaining about Sonic’s new running and jumping animations. I guess there are some fanbases you just can’t satisfy…

Why you should care? Sengoku Basara: Samurai Heroes is the third game in the Sengoku Basara series, but it’s the only one to be released outside of Japan since Devil Kings on the PS2. It’s a hack and slash game similar to Dynasty Warriors that sees you controlling a single, overpowered character that can destroy entire armies with a few combos. Unlike Dynasty Warriors’s bland battlefields, Sengoku Basara has a very stylised look, with graphics that look good even on the Wii. The Wii version is also almost completely waggle-free, and is compatible with the classic controller. Hooray! Sengoku Basara won’t appeal to everyone, but for those who don’t mind a bit of button mashing, the over-the-top anime style aesthetic (right down to the unintentionally hilarious dialogue), and want to control a guy wielding SIX swords (at the same time), Sengoku Basara: Samurai Heroes looks like your kind of action game. Hopefully Samurai Heroes will be more true to the original Japanese version of the game than Devil Kings was.

Why should you care? Because it’s adorable. Who would’ve thought we’d see a Kirby game made out of nothing but string, fabric and beads and it’d look so good. Given that he’s now made of yarn, Kirby can’t suck up enemies and steal their powers anymore, but the pink protagonist does have a few other tricks up his non-existent sleeves. With a whip-like attack, Kirby can hit enemies, swing from buttons, throw objects and peel away parts of the environment. He can also change into a variety of different forms such as a fire engine, a UFO, a giant robot, and even a surfing penguin (what?). The only problem I have with Epic Yarn is that, like most Kirby games, it looks to be a bit too easy (apparently Kirby doesn’t die – he only loses beads). That and the fact that the game won’t be out in any PAL regions until next year. 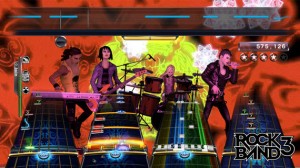 Why should you care? While last month’s Guitar Hero offered up more of the same, only with a tacked-on story and Rush, Rock Band 3 is trying to actually add a few neat features that should make the game more accessible and provide a tougher challenge for those who want it. Firstly, on top of guitar, drums, bass and vocals, Rock Band 3 has there’s the addition of a 25-key MIDI keyboard controller. There’s a touch pad on the handle of the keyboard that functions as a pitch wheel, and the whole unit can be held on its side and played like a keytar. Secondly, the new “Pro mode” completely ramps up the game’s difficulty by introducing realistic instruments like guitars that come with over a hundred buttons and require you to play specific chords. The downside? These fancy instruments will set you back quite a fair bit of money. On the DS, there are obviously no plastic instruments to use, but that doesn’t mean the game suffers for it. Instead, the DS version of Rock Band 3 plays more like Rock Band Unplugged on the PSP, with the ability to switch instruments on the fly like in Harmonix’s classic rhythm games, Frequency and Amplitude.